Lithium Based batteries are quickly becoming a reasonable replacement for the 150 year old technology of Lead-Acid batteries.

Because of the inherent instability of lithium metal, research shifted to a non-metallic lithium battery using lithium ions. Although slightly lower in energy density, the lithium-ion system is safe, providing certain precautions are met when charging and discharging. Today, lithium-ion is one of the most successful and safe battery chemistries available. Two billion cells are produced every year.

LiFePO4 (also known as Lithium Iron Phosphate) batteries are a huge improvement over lead acid in weight, capacity and shelf life. The LiFePO4 batteries are the safest type of Lithium batteries as they will not overheat, and even if punctured they will not catch on fire. The cathode material in LiFePO4 batteries is not hazardous, and so poses no negative health hazards or environmental hazards. Due to the oxygen being bonded tightly to the molecule, there is no danger of the battery erupting into flames like there is with Lithium-Ion. The chemistry is so stable that LiFePO4 batteries will accept a charge from a lead-acid configured battery charger. Though less energy-dense than the Lithium-Ion and Lithium Polymer, Iron and Phosphate are abundant and cheaper to extract so costs are much more reasonable. LiFePO4 life expectancy is approximately 8-10 years. 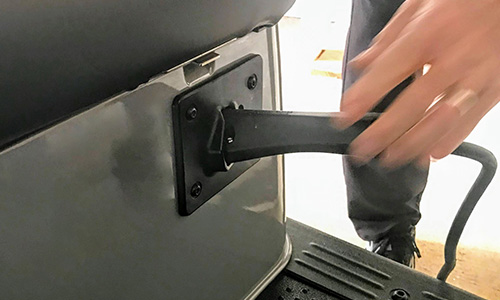 In applications where weight is a consideration, Lithium batteries are among the lightest options available. In recent years Lithium has become available in several chemistries; Lithium-Ion, Lithium Iron Phosphate, Lithium Polymer and a few more exotic variations.

Lithium-Ion batteries and Lithium Polymer batteries are the most energy dense of the Lithium batteries, but they are lacking in safety. The most common type of Lithium-Ion is LiCoO2, or Lithium Cobalt Oxide. In this chemistry, the oxygen is not strongly bonded to the cobalt, so when the battery heats up, such as in rapid charging or discharging, or just heavy use, the battery can catch fire. This could be especially disastrous in high pressure environments such as airplanes, or in large applications such as electric vehicles. To help counteract this problem, devices that use Lithium-Ion and Lithium Polymer batteries are required to have extremely sensitive and often expensive electronics to monitor them. While Lithium Ion batteries have an intrinsically high energy density, after one year of use the capacity of the Lithium Ion will have fallen so much that the LiFePO4 will have the same energy density, and after two years LiFePO4 will have significantly greater energy density. Another disadvantage of these types is that Cobalt can be hazardous, raising both health concerns and environmental disposal costs. The projected life of a Lithium-Ion battery is approximately 3 years from production.

Lead Acid is a proven technology and can be relatively cheap. Because of this they are still used in the majority of electric vehicle applications and starting applications. Since capacity, weight, operating temperatures and CO2 reduction are large factors in many applications, LiFePO4 batteries are quickly becoming an industry standard. Although the initial purchase price of LiFePO4 is higher than lead acid, the longer cycle life can make it a financially sound choice.

Lead Acid is a proven technology and can be relatively cheap. Because of this they are still used in the majority of electric vehicle applications and starting applications. Since capacity, weight, operating temperatures and CO2 reduction are large factors in many applications, LiFePO4 batteries are quickly becoming an industry standard. Although the initial purchase price of LiFePO4 is higher than lead acid, the longer cycle life can make it a financially sound choice.

Lithium battery technology is still relatively new. As this technology has advanced, improvements such as integrated battery management systems (BMS) and more stable internal chemistries have resulted in lithium batteries that are safer than their lead-acid counterparts and provide many advantages.

The Safest Lithium Battery: the LiFePO4
As we mentioned earlier, the most popular option for lithium RV batteries is the lithium iron phosphate (LiFePO4) battery. LiFePO4 batteries have a lower energy density than Li-ion batteries, resulting in them being more stable and making them an excellent option for RV applications.

Another safety benefit of the LiFePO4 is that lithium iron phosphate is not toxic. Therefore, you can dispose of it more easily than lead-acid and Li-ion batteries. 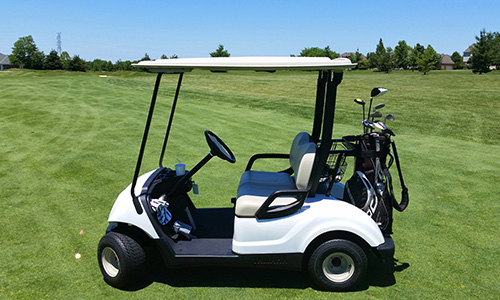 Longer Life Span
Some people balk at the up-front price tag on lithium batteries, which can easily reach $1,000 each. However, lithium batteries can last up to ten times longer than a standard lead-acid battery which often results in overall cost savings over time.

Safer than Lead Acid or AGM
Although most lead-acid or AGM batteries are sealed to improve their safety, they still do not offer many safety features that lithium batteries do.

Lithium batteries typically have an integrated battery management system (BMS) which helps them charge and operate more efficiently and safely. Lead-acid batteries are also susceptible to damage and overheating when being charged and discharged but do not have a BMS to help protect them.

Additionally, LiFePO4 batteries are made out of non-toxic materials that resist thermal runaway. This adds to not only increased safety for the user but the environment as well.

More Battery Capacity
Another advantage to lithium batteries is that they have a greater useable capacity as compared to lead-acid batteries.

By contrast, you can discharge a lithium battery almost completely without causing damage. However, most people don’t deplete them below 20% before recharging. Even if you follow this conservative rule of thumb, a 100 amp-hour lithium battery provides about 80 amp-hours before it needing to be recharged.

Less Maintenance
The integrated BMS monitors and helps maintain your lithium battery, eliminating the need to do this yourself.

The BMS makes sure the battery isn’t overcharged, calculates the state of charge of the batteries, monitors and regulates temperature, and monitors the batteries’ health and safety.

Less Heavy
There are two ways that lithium batteries can reduce the weight of your battery system.

This effectively allows you to operate longer without having to recharge your batteries, which is especially useful when boondocking and allows you to reduce generator usage and maximize your solar power.

Less Expensive Overall
While lithium batteries initially cost more than their lead-acid counterparts, the fact that they last 6-10 times longer means that you will ultimately save money in the long run.